It seems he and Carmen are at each other’s throats one minute—
and on each other’s lips the next. Someone’s gotta give . . . 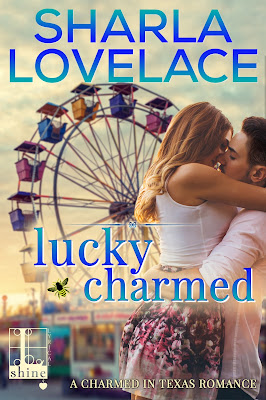 Carmen Frost hates honey. And bees. And in her hometown of Charmed, Texas, which practically invented the stuff, that’s a problem. The good news is that the summer Honey Festival is finally over. Even better, so is the annual Lucky Hart carnival, a road show that made off with her dreams years ago—including the boy she loved. Now she’s got a divorce behind her, and a successful law career in front of her, but in a tiny town, big memories die hard. Or they don’t die at all—as Carmen discovers when she runs into an all too familiar pair of eyes—older, wiser, and just as heart-melting as ever . . .


Sully Hart has had enough of the nomad lifestyle. Travelling with his father’s carnival gave him adventures, but it cost him much more. Now he’s home to stay, contracted to create an entertainment complex in Charmed. He wants roots, a house with a yard and all the mundane pleasures that go with it. But the girl he loved has become a woman who still wants freedom. Can she still want him? It seems he and Carmen are at each other’s throats one minute—and on each other’s lips the next. Someone’s gotta give . . .

Lucky Charmed by Sharla Lovelace was a very cute contemporary read that hooked me from the beginning. Although, it is the second book in the series, it is a book that you could read without reading the first, and still be able to follow along - which is what happened with me.

I really liked Carmen and Scott, and thought that there romance was really cute and believable. The romance and the plot were both nicely paced. The plot was sometimes slow, but overall it was set at a nice pace.

I would highly recommend this book if you love contemporary romance. I look forward to reading the first book in the series. 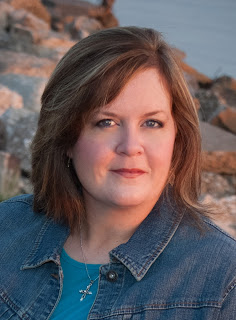 Sharla Lovelace is the bestselling, award-winning author of sexy small-town love stories. Being a Texas girl through and through, she’s proud to say she lives in Southeast Texas with her retired husband, a tricked-out golf cart, and two crazy dogs. She is the author of five stand-alone novels including the bestselling Don’t Let Go, the exciting Heart Of The Storm series, and the fun and sexy new Charmed in Texas series. For more about Sharla's books, visit her website, and keep up with all her new book releases easily by subscribing to her newsletter. She loves keeping up with her readers, and you can connect with her on Facebook, Twitter, and Instagram.