The Tag that I am going to be doing is the Reread, Rewrite, or Burn Tag. Essentially you have three books that you have to decide whether you are going to reread, rewrite, or burn the book. Since I am doing this on a blog rather than a vlog, I'm going to randomize and choose through my Goodreads read list. And since I am using Goodreads, there will be older and newer books.

1. Witch Doesn't Burn in this One by Amanda Lovelace, Heart's Desire by T.J. Kline, and Deadly Games: Kids Who Kill Kids by Gabrielle O'Reilly and Liz Frame

I would have to say that out of the three, I would reread Heart's Desire, even though it wasn't an absolute favorite of mine. I would rewrite the Witch Doesn't Burn in this One, because there were passages that I didn't love, and I think some of the poetry formatting could have been better. And that leaves burning Deadly Games, which I am fine with because, although it's a good nonfiction book - it's really horrific.

This one is much harder than the last one because they were all good reads for me, but none were really a favorite. So I'm going to go with rereading Edge of Sight because it's a romantic suspense which is my favorite adult genre to read. I will go with rewriting Troublemaker because I think the story has a lot of potential, and honestly, I don't feel like I would want to rewrite the Last Song. Especially since I don't think I would enjoy it as much if I reread it as I did when I first read it, which means I think I would be ok with burning it.

And another really tough one. At least the reread is a no-brainer, and that would have to be Hexed by Heather Graham, whose books I absolutely love. So now for rewriting and burning. I don't really remember Wolf River, but I know I like Jill Gregory's writing; and although I do remember Coincidence of Callie & Kayden, I don't know how I would feel about it if I read it now, compared to five years ago. So I think I am going to rewrite Wolf River because I gave it four stars which means I felt like something was missing, and I am going to burn Coincidence of Callie & Kayden.

4. Blackout by Chris Myers, In a Heartbeat by Rita Herron, and Wary Widow by Jessica Knight-Catania

Thank goodness, this was much easier. I would definitely reread In a Heartbeat, and if you haven't picked it up and you love romantic suspense, I would highly recommend it. I would rewrite Blackout because it had so much potential to be an amazing book, which leaves burning Wary Widow, which is sad but something I can live with.

5. Deadly Harvest by Heather Graham, Take a Chance on Me by Susan Donovan, and Contradiction of Solitude by A. Meredith Walters

So another given reread: Deadly Harvest. This was tough to choose between the two because both were three stars for me, and although I would love to rewrite Take a Chance on Me because it was my first adult book I ever read and don't want to burn it, the Contradiction of Solitude has way too much potential to burn. It's a really dark and twisted novel, and I think it could be absolutely fantastic if it were rewritten. So burning Take a Chance on Me and rewriting Contradiction of Solitude.

6. Velvet Lies by L. Shelby, At the Mercy of the Queen by Anne Clinard Barnhill, and Guardian by Nicholas Sparks

Another one that is much easier. I would reread Northern Lights because out of that one and Nearly Broken, I enjoyed Northern Lights more. Therefore I would rewrite Nearly Broken because I think it could be a better book with some changes. This leaves burning Shape of Things which, out of all the books I've had to choose to burn, this one is the easiest because I absolutely hated it.

8. Woman in Cabin 10 by Ruth Ware, Hunter Bride by Cynthia Woolf, and Getting Lucky by Jennifer Seasons

Okay, so this is a little tough because I really don't want to reread any of them. I can say that out of the three, Hunter Bride would be the book that I would burn because it was lacking a lot in my opinion. So as much as I don't want to reread Woman in Cabin 10, between that one and Getting Lucky, I would more likely pick Ruth Ware's book up because it's a suspenseful novel and Getting Lucky is contemporary (which isn't my go to genre to read), which leaves that book open for rewriting.

9. Ghost Moon by Heather Graham, Perfect Opposite by Zoya Tessi, and Falling for Autumn by Heather Topham Wood

Another Heather Graham book to reread, and it probably won't be the last because she has so many books and I have read a good majority of her books. But it also makes it really difficult because I don't want to burn either of the other two. So I believe the only thing I can do is burn Perfect Opposite because I loved it too much and I don't think there is anything to rewrite, and there is so much that I could change if Falling for Autumn to love it even more.


10. Bed of Roses by Nora Roberts, Rescue by Nicholas Sparks, and Clarity by Loretta Lost

This is a tough one. I really enjoyed Bed of Roses, but I don't think I would want to reread it and I don't think there is much to rewrite in it, so sadly I think that is the one that I will have to burn. For rewriting, I think I'm going to go with Clarity because there is room to change (which is also true for the Rescue), and that leaves rereading the Rescue.


11. Snowman by Yolanda Renee, Deadly Night by Heather Graham, and Her Highness and the Highlander

This was a really easy one. As I predicted, another Heather Graham novel is back to be reread. I would then rewrite Her Highness and the Highlander, and burn the Snowman, which was a rough book to get through.


12. Blue Skies by Catherine Anderson, Night Games by Collette West, and You by Caroline Kepnes

So this was another easy one. I would reread Blue Skies because I love Catherine Anderson's books, I would rewrite Night Games because although I really enjoyed the book, there were definitely some aspects that I wasn't a fan of. And although I can say I did enjoy reading You because it was different and suspenseful, it was also really creepy and I am okay with burning it.


13. I'm Thinking of Ending Things by Iain Reid, Ocean at the End of the Lane by Neil Gaiman, and In a Dark, Dark Wood by Ruth Ware

This is tough because I didn't love any of these books, and gave them all three stars. Okay, so I would have to reread In a Dark, Dark Wood by Ruth Ware because I think out of the three, I could tolerate rereading it more than the others. I would rewrite I'm thinking of Ending Things because I hated the ending, and would rewrite the whole book so that a better ending could be possible. Which leaves burning Ocean at the End of the Lane which I am okay with because I wasn't a huge fan of the magic realism of the novel.

So this was difficult. I would burn Target by Stella Cameron, although it was a good book. I would reread Marriage Wager by Candance Camp, and rewrite Obsession by Jennifer L. Armentrout. And the only reason is because I didn't love Obsession as much as I did the Lux saga, which was kind of a letdown.

And finally onto the last one... 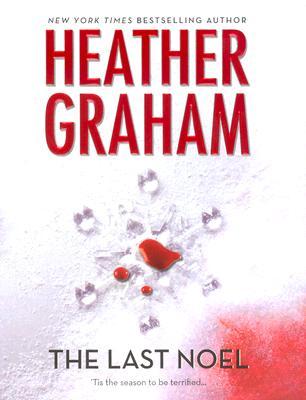 Can I refuse? I would reread Last Noel by Heather Graham, but that's not a shocker, but I really don't want to burn either Montana Sky or Born to Be Wild. I think I will rewrite Born to Be Wild by Christine Warren, because there were some things that I know can be improved, but nothing comes to mind for improving Montana Sky so once more a Nora Roberts book will be burned because I don't really think it needs to be rewritten.
Posted by Chelsea Hunter at 4:00 AM