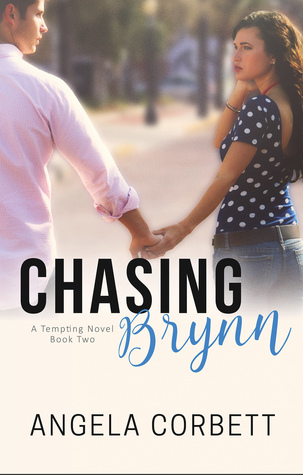 Witty and blunt blogger, Brynn Harper, has a knack for incredible sex. As a graduate student studying to be a sex therapist, Brynn’s heard her fair share of intimate horror stories. Starting an anonymous blog offering naughty advice changes her life. When a competitor tries to "out-blog" her with equally risqué posts from a male perspective, Brynn vows to shut him down.

But as she gets to know the mystery man on the other side of the keyboard, her interest piques. Smart and funny, the man might be able to charm her pants off—if she ever meets him in person. Brynn’s not interested in relationships though, which is exactly what she keeps telling sexy, confident, and persistent law student, Cade Brett, her walking fantasy with a fondness for handcuffs. She can’t get him out of her mind, but he won’t give her what she wants—unless she agrees to date him first.

Torn between the alpha mystery man, and the infuriatingly enticing Cade, commitment-phobic Brynn is in over her head. But one of them could be the love of her life if Brynn can relinquish control and give in to her heart.

As a child, Angela Corbett’s most prized possession was a set of read-along books. She used to follow along with the narrator on the stereo dream of when she would be able to read by herself. Her childhood reading habit led her to consider her future career. However, after consulting with her parents, she realized she had already exceeded hobbit height and since fairies and dragonslayers were tricky jobs to get, she decided she wanted to create worlds of her own.

She is a graduate of Westminster College where she double majored in communication and sociology. She has worked as a journalist, freelance writer, and director of communications and marketing. She lives in Utah with her extremely supportive husband, Dan, and loves classic cars, traveling, and chasing their five-pound Pomeranian, Pippin—who is just as mischievous as his hobbit namesake.

a Rafflecopter giveaway
Posted by Chelsea Hunter at 4:00 AM