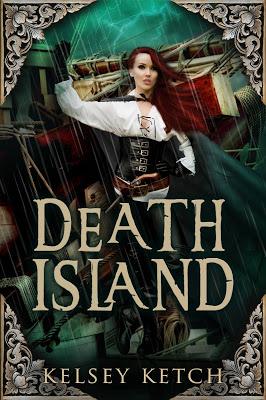 Her family name tainted by her great-grandfather’s crimes of piracy, Meriden Cummings is far from the typical 18th century woman. A social outcast, she works in a carpentry shop in a small village, where the people barely tolerate unconventional behavior.

However, her life takes a turn after a gang of pirates attack her village and her blood reveals an ancient map adorned with Mayan glyphs leading to Death Island. An island legends say is ruled by the Mayan god of the underworld, Ah Puch. Her great-grandfather had sought after the island before he vanished without a trace. Now, Meriden is about to journey across the sea to understand her family history.

This novel was everything that I hoped that it would be - filled with adventure, mystery, and intrigue. I loved almost every moment of this novel. Although at times, I felt like the pacing of the story was really slow, which is something I wasn't a huge fan of.

What I loved most about this book was the setting and mythology. It is set in the 18th century (1700s) and the myythology focused on during the story is Mayan mythology - a mythology that I knew nothing about when I opened up this book. And you add in a dash of pirates and this is the kind of story that I would read without a second thought - and I am glad that I did because I enjoyed it a lot.

I really liked the relationships within the story with Meriden's relationship with the mysterious stranger as my favorite relationship. I liked seeing how their relationship grew and changed throughout the novel, along with their characters growing.

Kelsey Ketch is a young-adult/new-adult author, who works as a Wildlife Biologist in the state of North Carolina. During her free time, she can often be found working on her latest work in progress or organizing the New Adult Scavenger Hunt, a biannual blog hop. She also enjoys history, mythology, traveling, and reading.
Twitter: @kelseyketch
Facebook Page: Kelsey Ketch
________________________________ 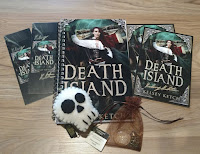