Tour + Note, Excerpt, and Giveaway: So Near the Horizon by Jessica Koch

The No. 1 Bestseller from Germany - based on a true story! A story of true love ... 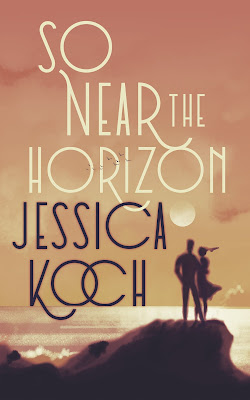 So Near the Horizon
by Jessica Koch
Genre: NA Contemporary (based on a true story)
Release Date: September 6th 2017

Seventeen-year-old Jessica has an uncomplicated life and a promising future. Leaving the house one evening, she has no idea that she’s about to meet the love of her life - or that her entire understanding of the world is about to change. And before long, she’s going to face a decision that will shape her forever…
In 'So Near the Horizon' Jessica Koch describes a life lived somewhere between hope and fear, confronting true events from her own past with raw honesty and frank reflection - and exploring more than one difficult subject along the way.
A story of deep love. A story of trust, courage, pain, despair, and the strength to let go. A true story. 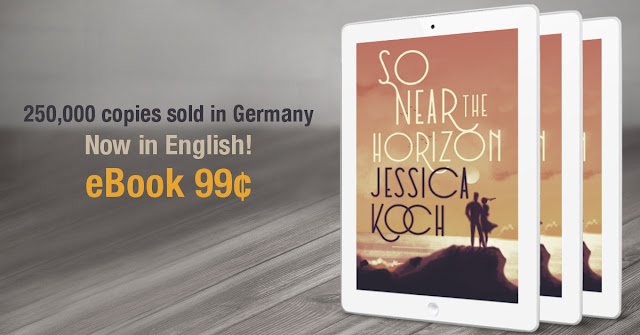 A Note from the Author:
I first committed the story of my love for Danny to paper all the way back in 2003. I wasn’t trying to become an author—I just thought writing would help me work through some of the emotional burden I was carrying around. I wrote the manuscript with a typewriter and sent copies to two publishing houses, although without any serious interest in their response. Which made the contract I was offered all the more surprising: someone wanted to publish my story.
So what did I do? I turned it down!
The idea of the whole world knowing my far-too-personal story frightened me so much that I burned the manuscript—in a huge fire in my parents’ garden, a fire that had just finished consuming all my photos of me and Danny. I never managed to burn the photos I wasn’t in, though, and I saved his letters and poems as well, packing them carefully away in a box in the basement until I was ready to close the book on the subject for good.
In 2010—at age 28—I moved to a new city, got married, and had a son. One day, I mentioned to my husband in passing that I’d once written a book and been offered a publishing contract. He asked more questions, and what had started as a short anecdote about Danny became a week-long report. Noticing that I clearly hadn’t come to terms with a few parts of the story, my husband advised me to write it all out (again). From that moment on, I spent every free minute writing.
For weeks, I ran around carrying paper and a pencil, confused, caught up in a completely different time. My notes developed into a highly emotional novel. Purely out of curiosity, I sent the manuscript to five literary agencies. Within a few weeks, four of them had expressed interest, and, after several long conversations with publishers, I finally agreed to put So Near the Horizon out into the world. What happened from then on, still feels like a dream…
The enthusiastic response I received from readers prompted me to continue the series, and So Near the Abyss as well as So Near the Ocean, the second and third books in the Danny Trilogy, were released later on.

Excerpt:
My eyes drifted to Danny’s back, to the fine, light scars gradually fading from view beneath his deepening tan. Two or three more days of sun, and they would be almost completely invisible—at least until winter, when they would stand out once more, painful reminders of what his father had done to him—and the nightmare that would one day catch up to us. I would be at Danny’s side when it happened, there was no question of that. And I knew Danny would never leave me of his own free will, although I wasn’t sure how exactly I knew that. I just did. I knew it the way you know you need air to breathe, or that the sun provides warmth.

About the Author
Jessica Koch (born in Ludwigsburg, Germany) began writing short stories when she was still in high school, but never submitted her work to publishers. In late 1999, shortly after beginning her studies to become an architectural drafter, she met Danny, a German-American dual national. Her experiences with him eventually formed the basis for So Near the Horizon, though it was nearly thirteen years before she felt ready to bring the manuscript to the public.
The author describes a life lived somewhere between hope and fear, between optimism and despair. She reflects on events from her own past with raw honesty, confronting more than one difficult subject along the way.
Jessica Koch lives near the city of Heilbronn with her husband, their son, and two dogs. The second and third books in the trilogy, So Near the Abyss and So Near the Ocean, are already best-sellers in Germany as well.